The Lucid Air received another very positive review, this time over the Mercedes EQS. The review is from Lawrence Ulrich of The New York Times. Right off the bat, Lucid’s EV model receives a big vote of confidence, with Ulrich describing how Mercedes, in its transition from internal combustion to electric powertrains, will need to serve two distinct groups of customers simultaneously. Not ideal, especially when, as Ulrich writes, Mercedes is essentially building an EV company to kill its ICE. In contrast, Lucid’s day-one focus on electric vehicles gives the company clarity of purpose as traditional automakers juggle the vehicles they’ve always sold with the inevitable electrified future. As Ulrich puts it, “over a century of experience building internal combustion cars doesn’t necessarily mean squat.”

Lucid Air vs. Mercedes EQS
There are a few areas where the Mercedes receives praise, such as the great ride (designed to complement the S-Class after all) and the cabin’s quietness with no internal combustion items to hide the bumps and squeaks. From there, however, the Lucid moves forward leaving the Mercedes in its silently churning dust. First, there is the style. Mercedes claims the EQS is the most aerodynamic production car in the world with a coefficient of drag of just 0.20 (the Lucid is 0.21), but the way the cars achieve such low numbers is managed from totally different way. The Air is dramatic, even Citroenesque, while by comparison the EQS is egg-shaped, with reduced headroom for taller rear-seat passengers.

Of course, then there’s the matter of range, with the EQS capable of 350 miles compared to the Lucid’s 500+, although Ulrich is confident the Benz is capable of exceeding that EPA rating. Interestingly, the test describes that as an extra two and a half hours of highway driving for the Air before it has to stop for a charge. Driving dynamics is another area where the Lucid shines, even against the serene handling of the EQS, the California car providing an excellent blend of comfort and control despite the inherent weight of the EV. Ulrich appreciates the Air’s regenerative braking system, saying:

Defined by their interiors
If there’s one area where the Mercedes draws the most criticism, it’s the interior, which is used as a metaphor for Ulrich’s feelings about the EQS as a whole. He argues that the Benz is mostly a “showcase gadget” compared to the carefully designed Air, which really advances the electric vehicle as a form of transportation. He feels the EQS’ 56-inch hyperscreen is overkill and what customers want is great gamut, not 64 different colors of ambient lighting. The Air, by comparison, features an interior that complements the rest of the car without overwhelming it. While Mercedes touts the EQS as one of the most important models in its history, Ulrich thinks it could end up as a mere footnote. 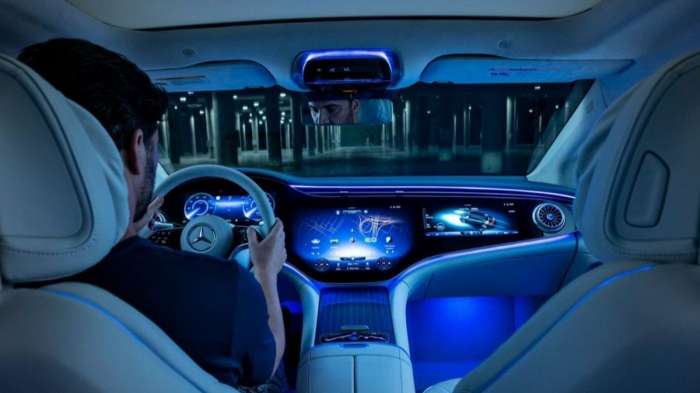 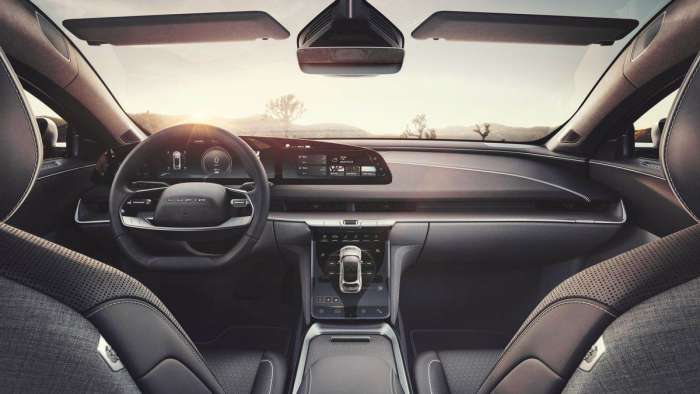 So there we have it; another rave review for the Lucid Air and a hands-on win against competition from one of the world’s most prestigious automakers. As Ulrich says, Lucid Air’s record lineup isn’t even the main event; it is the technology that the company has developed. Comparing the Air’s electric motors to the Corvette’s drivetrain is hugely telling of Lucid’s accomplishments: The Vette’s LT2 V8 makes 495 horsepower and, when paired with the drivetrain, weighs 800 pounds. Lucid’s electric motor, gearing and all, puts out 650 horsepower and weighs 163 pounds. and can fit in hand luggage. Plus, says Ulrich, it offers triple the power density (horsepower per pound) of Tesla’s best offering. Talk about putting your best foot forward.

Pictures by Lucid Engines and Mercedes-Benz licensed under CC BY 2.0.

James Walker is an automotive journalist at Torque News focusing on Lucid Motors. If he has wheels, he’s interested and he can’t wait to see what kind of cars the EV revolution will bring us. Whether it’s fast, slow, new or old, James wants to take a look and share it in print and video, ideally with some twisty roads involved. You can connect with James at TwitterInstagram and LinkedIn.

Metric of the Month: How Far Are Your Sales Forecasts?

Sales forecasting is a discipline any strong finance team will want to master. This is especially important in industries where the majority of operating costs are fixed. When reliable and accurate, sales forecasts can help executives manage workforces, production schedules, capital expenditures, and other business activities with greater confidence. While some finance executives may argue […]

“Digital Landscape helps payers and other organizations understand and overcome the barriers to the success of any new or existing technology initiative… They need to know what’s going to work,” says Trenor Williams, CEO and co-founder of Sociallyetermined. Sociallyetermined, the Washington, DC-based technology company that measures the impacts of social determinants of health (SDOH), has […]