Toronto-based production company Amaze, which produces series such as The Lake for Amazon Prime Video, has hired veteran Alex Lalonde as its chief operating officer.

Lalonde, whose previous roles include head of Strategem RX and vice president of Letterkenny producer New Metric, will be responsible for managing the company’s operations, sourcing intellectual property and co-production opportunities, financing, packaging and sales. She will also be an executive producer on several Amaze projects.

The Canadian prodco has also hired Gina Vanni as senior vice president of business, responsible for overseeing the finance and business affairs of Amaze’s lineup of domestic productions and services.

Vanni was Vice President of Production Finance at Take 5 Productions in Toronto from 2009 to 2018 before also working at New Metric Media and Strategem RX. 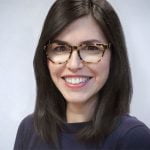 Both executives will be based in Toronto and report to company co-founders Michael Souther and Teza Lawrence.

“Alex and Gina are leaders in global treaty co-production, commercial co-production, domestic and service production, and will be an integral part of Amaze’s expansion and growth into broader markets,” the directors said. co-founders.

Amaze is currently in production on the second season of Prime Video’s comedy The Lake, which stars Jordan Gavaris, Julia Stiles and Madison Shamoun. The show was the first scripted project commissioned by Amazon’s Canadian team.

Size, present and future of the washable face masks market

The problem with the Alteryx retention metric

For any software business, retaining and growing customers is a valuable way to drive growth. Existing customers are a great source of new income at a low cost in terms of sales and marketing. The measure of the success of these efforts can be tracked in a metric called the dollar-based net expansion rate (DBNER). […]

Key measure of inflation growing at fastest rate on record

A shopper browses a Ralphs grocery store in Pasadena, Calif., June 11, 2020. (Mario Anzuoni / Reuters) The Producer Price Index jumped 9.6% in November from the same month last year, the largest year-over-year increase since records began keeping in 2010 . The PPI rose 0.8% in the month of November 2021. Prices climbed a […]